It’s been a few days since we last reported to you. Between eating, napping, seeing Venice and Olympia, eating again, playing shuffleboard, taking mandatory ice cream breaks, and napping again, there’s just so little time to write. I’ve just returned from dinner, and have a few minutes before our next “appointment” (evening musical entertainment).

Venice was wonderful. There were no cars, traffic lights, or stop signs – only foot and water traffic. Some of us rode the water gondolas around the city, although I didn’t stay until dark when the gondoliers sang. For lunch we ate authentic Italian food – pizza. Yum. The highlight in Venice for me was watching all of the water traffic. Boats were everywhere. There were even traffic lanes for the boats. It was fun watching the flow of traffic on water.

Yesterday was our last day at sea and our last day of Legacy classes. Once again we recorded each class for attendees to watch when they return home. We taught classes about tagging, searching, digitization and organization of photos, insider’s tips and tricks, and then held a question/answer session with the entire development team. At the end Dave made two great announcements. First, each attendee received $30 of credit for anything in our online store. Second, everyone would receive a complimentary copy of Legacy 8 when it is released (no, we don’t have any idea when this will be yet. We still have our major update to version 7 to release (7.5) which will include the new FamilySearch integration tools).

After class we all changed into our “formals” for a group picture. I don’t know how we ever all fit onto the staircase, but it was a nice picture. This has been such a great group to cruise with.

Today we docked in Katakolon, Greece and took a short bus ride to ancient Olympia – the birthplace of the Olympics. We saw ancient structures including the temple of Zeus, the original stadium where running events were held (the marble starting blocks are still in position), and walked through the area where the Olympic flame was lit and displayed. Originally only those with at least three generations of Greek heritage could participate. This changed later when the Romans were in control. Very interesting and such a choice experience to see some of the world’s finest history. 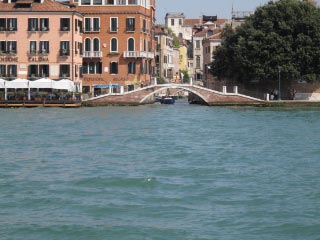 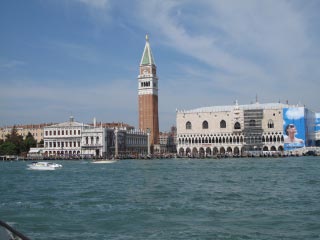 My first meal in Venice: 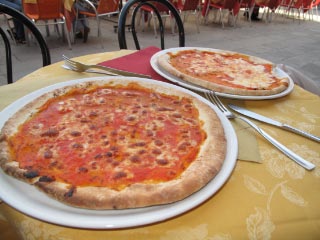 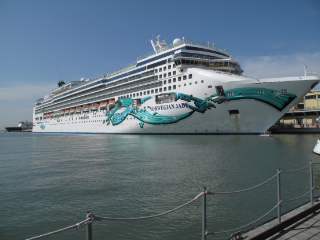 Our ship at night: 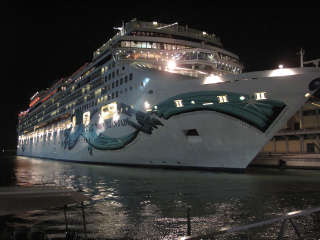 Entrance to the ancient stadium in Olympia: 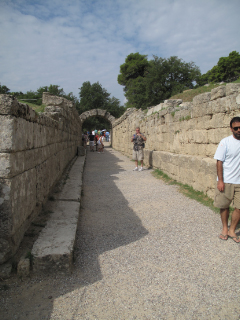 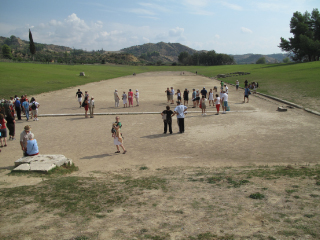 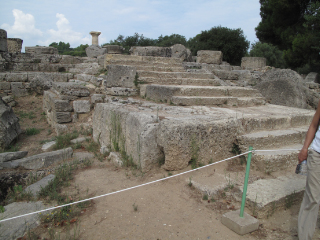 Thanks for blogging from the cruise. The reports and the pictures were great.

Will the recorded classes be available to purchase by those of us who were unable to attend the cruise?

Elaine - I don't know yet. We haven't considered this.