Two nights ago I had a dream which was so good that I woke up energized and with renewed hope. Since I'm writing this on a genealogy blog, can you guess what my dream was about?

If you said it was about my Swedish ancestor's estate inventory record - you're right! And you're a terrific guesser!

Years ago when I was looking for my Asa Brown family, I had a recurring dream. In the dream I had located the family's bible, and I had the feeling that the bible had the genealogical answers I had been looking for about the family. While holding the bible in my hands and bringing it closer to my eyes to read the content, the information on the family page became blurry. The more I looked, the blurrier it became. I woke up frustrated because I felt the key to unlocking the family's puzzle was right before me. Well, kind of. Yet, the dream gave me the hope to continue looking for the elusive bible. Long story long, I located the 19th century billfold of Asa's son, David. Inside, and folded into quarters were the four "Family Record" pages from the actual Bible. It had all the exact birth, marriage, and death dates and places for three generations of the family!

Fast forward to this week. After my recording session with Kathy Meade for her webinar, Introduction to the Swedish Estate Inventory Records (published in the webinar library just today) I knew that the estate records were just what I needed to make progress on my 18th century Eric Matsson family.

While the Swedish records are more complete than any others I've ever used, there was a small gap in the parish records where this family lived, and the usually reliable church records weren't available. I learned from Kathy that an estate inventory was required for all persons who died, and in the record's preamble, it would usually list the names and whereabouts of all of the survivors. In the webinar she also showed that the estate records were usually indexed. The ones I needed weren't. And so began the page-by-page process of looking for Eric Matsson's estate records.

779 pages later I still hadn't found Eric's estate records and I started getting a little depressed about it. Everything was in Swedish, and the records were more than 200 years old, so I could have easily overlooked Eric's papers. I started to think that maybe I should just move on to someone else for now.

And then I had the dream.

In the dream I was browsing these same estate records. All, of course, were in Swedish. And then I turned the page and something odd started happening. All of the letters began to morph into words I recognized. The entire record was now in English. And guess what? It was Eric's family! I tried so hard to memorize what it said so that when I woke up I would remember everything. Well, you can guess how that went.

Determined and now with renewed hope to find Eric, yet inexperienced with this part of Swedish research, I asked Kathy if she had any ideas. She pointed me to an online database of the Swedish National Archives which had an index of some of the estate records. I quickly located two entries for the place where Eric was from - one for Eric and one for his wife, Greta, who died three years earlier. The entries showed that the records were part of a registration district that was different from the one I was searching. Examining the record in ArkivDigital, it is clear that I've located the right family. I'm looking forward to what I will learn if I can figure out how to translate it all. 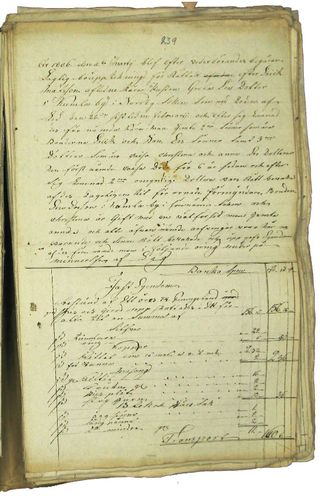 I know nothing of the science of dreaming. I don't often remember them. So for whatever reason I've had dreams about the records of my ancestors, I'm thankful for them. While they've never directly solved my genealogy problems, they've given me hope to keep pressing on. It's interesting though how these have happened after I've had feelings of switching my efforts to another part of my pedigree. There might be something about those Kindred Voices after all. 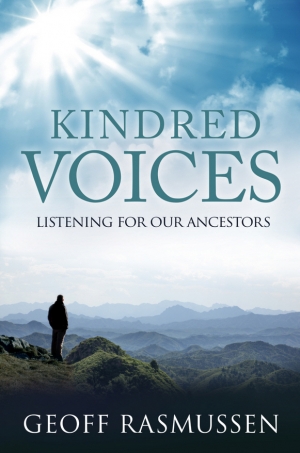 I have often "solved" problems in my dreams. Sometimes they are genealogy questions. When I was in school I often dreamed about math and solved some math problems that way. During our lives we learn many things and have many experiences. I believe that all of this information is somehow stored in our brains. When we sleep, sometimes some of this information surfaces. We have few, in any, distractions when we are sleeping and, I believe, we are thus often able to access information that we may have forgotten or, we are able to use information that we have to help solve problems. How often do we think, "I used to know that" or "if only I could remember". When we are sleeping we are less aware of distractions and more aware of memory and exerience or so I believe. We therefore have access to many things we are do not think of when we are awake. I get some of my best research ideas in my sleep. Of course, there could be even more to that. Perhaps our ancestors can reach us in our dreams!

Take heart, Geoff... Dreams which seem to solve problems and/or situations are many times your 'relaxed' brain putting together the pieces of information you've seen, read, or postulated in recent efforts. Then, those 'solutions' are delivered to you in the form of a dream. Thus, your brain organized your research and gave you the solution in dreams.

For foreign/unfamiliar translations, I depend on Google Translate, which offers several language translation tools.

Geoff, I don't know about the online facebook groups for Swedish genealogy, but the three German genealogy facebook groups that I belong to are amazingly helpful when I can't make out a word. Also, you will be amazed how fast you can learn to read the old writing once you start. But beware of translate.google.com. While it is very helpful, it can be very wrong. Good luck with your dreams and aftermath.

I always talk to my ancestors!!

I swear one of my third great grandmothers guides my research at times. I will try to be brief: I got a picture from a family album...no name, no date, not place. I knew she had to be an ancestor because she was in the family Album. One day in utter frustration, I grabbed the picture and shook it and said "why don't you talk to me and tell me who you are?" I felt really stupid and put the picture away. About 7 weeks or so later, went to the FHL in Placerville, CA and plunked a name into the ancestral file. Up came a marriage and a child for that person that I did not know about and the submitter had submitted his name and address so I wrote to him. He wrote back and stated, "Yes, Shirley, we are cousins" He sent me 12 pages of info. and I read it thoroughly. Got to the last page and there was my picture with her name under it!! She did talk to me and tell me who she was. She was Matilda Caroline Harrison Tittle Carter, 3rd great grandmother. I swear she still helps me out at times...Crazy I know but she does...Shirley J. (Graham) Miller, sjdhm421@gmail.com .... Thanks for listening...

I think, perhaps, that you have tapped into 'inherited memory genes'. There have been studies about this and the new name for it contains the DNA description for it. Years ago, I studied everything I could find on it...most of the initial studies were for studying the instinct of hunting dogs to hunt and racehorses to run like the wind (and want to win). Eventually it morphed into studies about people, especially those that had dreams about ancestors or for those that began speaking a foreign language that they didn't, until then, know. The study concluded that people, apparently, are receiving information from an ancestor's memory track whether it is for info or a language or other skill. Actually, the memory track is yours...you just inherited some of the info in the ancestor's memory track. In your case, I think it makes sense since your ancestor (not the deceased one...the heir that is in your line) probably read this information at one time. You, I think, are also a person with good instincts about a lot of things. In my younger days I had very good ESP or mental telepathy skills but they have aged along with the rest of me but I've, also, had a great deal of 'messages' from my ancestors although most of mine are not when I'm asleep...they have helped me find elusive cemeteries and farmland of my ancestors. Thanks for sharing!