Who are you honoring today?

In the United States we are celebrating Veterans Day, today November 11th.  On this same day the British are celebrating Armistice Day which is also celebrated in France, Belgium and New Zealand. It's a little confusing to me, maybe someone from England can explain, November 11th is also Remembrance Day around the Commonwealth of the United Kingdom. Either way,  nations around the world are using this date to honor those who have served in the military.

Who are you honoring today?

Most of my ancestors who served in the military were active during the Revolutionary War. I have about seven ancestors that helped to bring about independence from England. If I look to more recent times, however, my father and all of my uncles on both my mother's and father's sides of the family served in the military. My father served as a peacetime naval officer not long after World War II.

The most notable military person in my family, though I can't really claim him because he's not a direct relation (he's my first cousin twice removed) is Submarine Commander, Samuel Dealey. He was the nephew of my great grandfather, James Quayle Dealey. Sam lost his life on August 24, 1944 when he went down with his submarine off of Luzon, Philippines. He received the Medal of Honor and several other recognitions of valor.

Sam is also the only serviceman that I know of in my family that gave his life for his country. All of my uncles and my Revolutionary War ancestors made it home to their families.

No matter where you are in the world today take a moment to think of all the service men and women who have impacted your life. 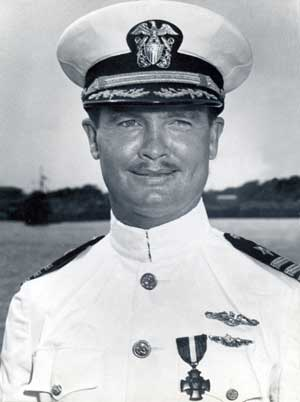 I think of my own parents, my father, who was British would recount how he rode his bicycle to the recruitment office the day after Hitler invaded Poland and enlisted much to the consternation of his parents. And my mother who had completed secretary school in Minnesota went to Washington to work and ended up in the OSS. She went to Ceylon with Julia Child and later to Chunking where she met her future husband, my dad who was with British military intelligence.

The armistice that ended the shooting in WW I came into effect at 11 AM on Nov 11 1918. The treaty that officially ended the war was not signed until much later but on 11 Nov the fighting ceased. For that reason today is celebrated as Armistice Day in those countries you mention. In the Commonwealth countries it is known as Remembrance Day because we remember those who made the supreme sacrifice and lost their lives in all wars, not just WW I. In modern times it has also become a day when we honour the service of all military so it is an amalgamation of your Veterans and Memorial Days.