News Home Legacy Webinars New to Legacy? Store
Proof Arguments - How to Write Them and Why They Matter - free webinar by Warren Bittner now online for limited time
FamilyBrowse - Another Way to Look at FamilySearch - new webinar by Mary Roddy now available 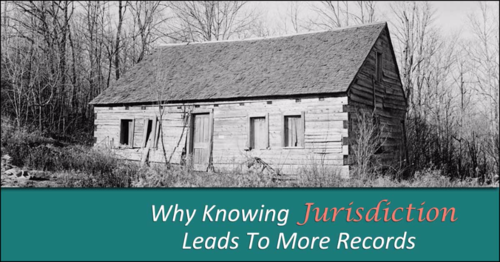 A couple months back in my post for Legacy News titled “Deconstructing The Deed,” I was able to showcase one of my favorite records that I found in my personal research. The genealogical treasure was a deed located in the Grafton County, New Hampshire land records naming my 5x great-grandfather Elisha Freeman and all of his siblings granting a tract of land to their sibling as a gift for taking care of their widowed mother. I remember the day of the discovery vividly over seven years ago. I was researching at the New England Historic Genealogical Society whose staff members were graciously working with me to research my family tree. One of the staff members gave me a tip that I don’t regret following.

They suggested that after looking in land index for Grafton County, I check Rockingham County’s index as well because the township of Hanover, in which my ancestors had been among the first settlers, was a part of Rockingham County. I didn’t hesitate to check those indexes as well and sure enough, I located two more land records, including a deed in which Elisha’s father, Sylvanus granted Elisha the original tract of land in Hanover he received as a proprietor of the township. Only recently did I begin to do a little research around why this turned out to be the case.

New Hampshire did not split into counties until 19 March 1771, when the colonial court divided the province into five counties; Cheshire, Grafton, Hillsborough, Rockingham, and Stratford.1 Of the two new deeds that I found, one preceded the formation of the counties and the other was created after in 1772. This was a head scratcher because I assumed that upon the creation of the county, the administrative and legal powers for selling land would be transferred to Grafton county and wouldn’t remain in Rockingham County.

My answer was resolved using local history sources and colonial legislation in the New Hampshire state papers. Upon creation of the five counties, the legal jurisdiction remained in Rockingham County because Grafton did not receive full county privileges. Settlement was sparse in these years, but after motions by Governor Wentworth and other statesmen, full county privileges would be granted to Grafton on 27 Jan 1773.2 For genealogists, this means that after 1773 your ancestor's deeds would be in Grafton County Register of Deeds, while any transactions previous to this are held in records of Rockingham County. 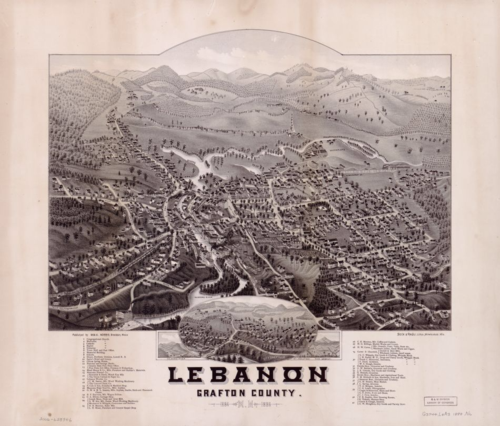 Researching local history in relation to where our ancestors lived and understanding the jurisdiction of legal entities like the courts is critical to finding all the records. In particular with early New England, the county and state borders changed quite often and it can be confusing. So often the records are right under our nose, but we just happen to be looking in the wrong place for that time period.  In this case, I was thankful to receive a tip from a more knowledgeable expert than myself, one of the many advantages of visiting a genealogical library. For researchers who don’t always have this luxury, don’t be dismayed, because there are many resources online that can assist in this area of genealogical research:

This has become my go-to resource whenever I begin researching in a location I am unfamiliar with. Even though some pages are a work in progress, the wiki pages for many counties are very accurate and thorough, making this an invaluable resource for researching local history and genealogy. A particularly good example would be Norfolk County, Massachusetts which lost and gained several towns over the years. The article features a very-detailed and nicely put together timeline displaying the changes in the county borders over the years.

Historical Laws of the States

State laws and statutes are published on a regular basis by the state governments. As in my example, New Hampshire’s State and Legislative papers provided invaluable insight as to what county the records were held in at a particular time. A plethora of the older volumes are made available on digital public libraries like Google Books, Internet Archive, and Hathitrust Digital Library. These digitization projects not only provide bound volumes of historical laws, but also local histories published in the 19th and early 20th century, another great resource for genealogists. A smaller collection is also available on Family History Books from FamilySearch. The websites of state archives and libraries should also be consulted, because many have published their historical laws online as well.

For those who are intimidated by legal records and may be more visual learners, the AniMap Software is a great choice for understanding county and state borders at a particular time and place. You can search your town of interest and see over time on your computer screen what county or colonial province the town belonged to, potentially leading you to.  Geoff Rasmussen gives a great tutorial of the program in his webinar, "Mapping Software for Genealogists" and the software is available in the Legacy Family Tree Store. A free version of the AniMap Software is integrated into a website called MapofUS.org, providing researchers with the changing county and state borders overtime for the 48 continental states. Within each page for each state, there are links to other historical maps and atlases that could prove useful in your research.  The one drawback is that it doesn’t allow you to pinpoint your exact township, something that’s only available in the full software.

Understanding where the legal jurisdiction existed in the time period we are researching can help solve brickwalls and lead to more records we hadn’t thought of checking previously. Don’t overlook the geography and law for the area in which your ancestor presided. It will lead to becoming a more thorough researcher.

Question-i am probably related to everyone in small town in KY-Beattyville. It has been in 2 different counties in the past. Should I list it in current county or old county? Have my huge tree in Family Tree Maker and it won't recognise old county as viable. Plus some people list info under one county and others list same info under other.