Everyone Makes Mistakes: Why You Should Review Your Research Notes 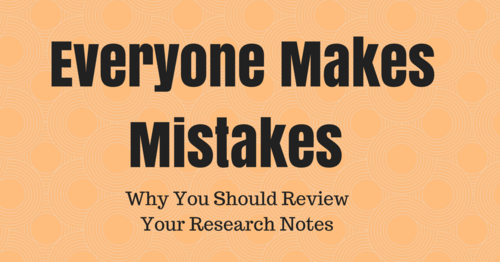 A few days ago I decided to have another look at some census records I obtained many years ago for my Peer ancestors in Pennsylvania. When the 1830 census first became available online I had quickly found, and copied, the information for the family. I wanted to verify what I’d copied.

I headed for Ancestry.com to search their census records. Using their wildcard feature which picks up variant spellings, I searched for Edward P*er in Pennsylvania in 1830.

An index transcription popped up. I was quite puzzled because the indexed notes did not match what I had copied a few years ago. Was it possible I had made a mistake in my entry? 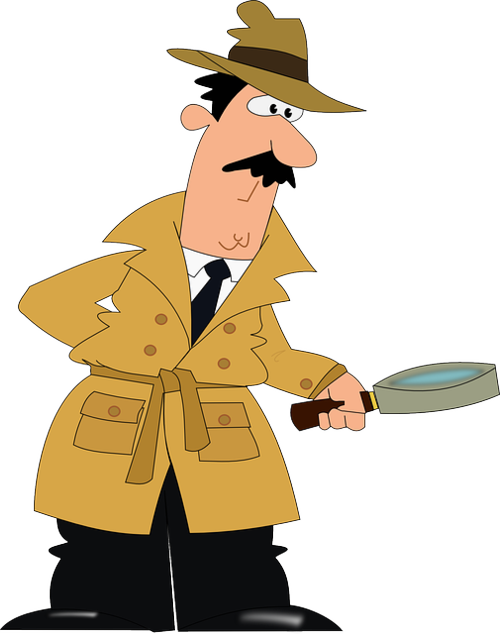 Here is what I had written in my earlier notes:

Not only did I have nine people total (instead of Ancestry's four) I also has five slaves and free colored while Ancestry had zero.

I knew I needed to check the online image to clear up the discrepancy. Edward was listed on line 21 of the image page and sure enough there were only four people shown as living in his household. But a check of the column headings top of the image page revealed that I was only viewing the section on White Males and Females! There were no column headings for Slaves or Free Colored.

Clicking on the right facing arrow took me to the second page and sure enough there were the headings for Slaves and Free Colored. I was feeling pretty smug because I saw that indeed there were vertical marks in the columns I'd previously noted. I figured Ancestry.com had omitted indexing that second page and they were in error, not me.

Then I checked for my third great grandfather Levi Peer. I'd noted previously that he owned one male slave but that didn't show up in Ancestry's indexed entry. Checking the image and going to the second page showed that there was indeed a mark in the column Slaves of 100 and upwards. That seemed odd. Who would own a slave that was over 100 years old??!!

And why hadn't that fact jumped out at me the first time I saw it? Warning bells were going off so I took a closer look at that second page. And that's when I noticed that the vertical marks were slanting backwards instead of forward as they were on the page with individual's names.

And other individuals on the census page also had marks in that column labelled Slaves of 100 and upwards. There was no way all those people owned slaves over 100 years old! Something was definitely wrong but I didn't figure it out until I looked closely at the total numbers in each column on page 2. The numbers were backwards. It was a slap my forehead in disbelief moment. I was looking at bleed-through from the next page! The strokes I saw in each column on page 2 had nothing to do with the people on the previous page.

So all these years I was wrong. My ancestor Levi Peer did not own slaves in 1830 in Pennsylvania. I was very happy to learn this but why oh why had I not been more careful when I first saw this record? I pride myself on being detail-oriented and cautious but I goofed that time (and probably other times!)

So remember that it pays to go back and scrutinize your older research. You never know what clue you might have missed or even where you may have erred in interpreting the data.  I'm so happy I decided to review those 1830 census records for my ancestors in Pennsylvania.

That's a wonderful find, Lorine! Bleed-through - I've struggled with that as well on various images. These days I try to remember to look at the page before 'my' page, to be sure... A parish register I was reading last week had bleed-through from the previous page, plus smudges. Challenging.
Great lesson!