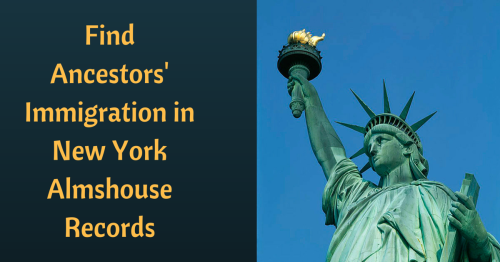 In the early 1800s port cities in the United States bore the burdens of immigration. By the time immigrants arrived from their native country, many were tired, hungry, and poor. Many newly arrived immigrants ended up in the City Almshouse or Poorhouse. This meant the citizens of their new country had to take care of them.

At first citizens of port cities such as Pennsylvania, Massachusetts and New York asked their Mayors for funds to support the poor. Eventually they asked the states, and by mid-century some states set up state agencies to deal with the issue. Eventually, beginning in the 1880's, the Federal Government nationalized the programs.

Dating back to the colonial era, New York City assumed responsibility for its citizens who were destitute, sick, homeless, or otherwise unable to care for themselves. The city maintained an almshouse (sometimes labeled a house of refuge), various hospitals, and a workhouse on Blackwell's Island (now called Roosevelt Island) to care for the poor. Some were admitted on a voluntary basis, others were sent by the local courts.

There are many women in these records. Widows or single women with no families to support them often had no recourse except to ask the city for help for themselves or their children. Abandoned children are also found in these records.

These Almshouse records are a genealogist’s treasure and often contain immigration details. Some contain basic information on each person admitted, such as the name of ship, the date of arrival in USA and the port of arrival. Others contain much more information. 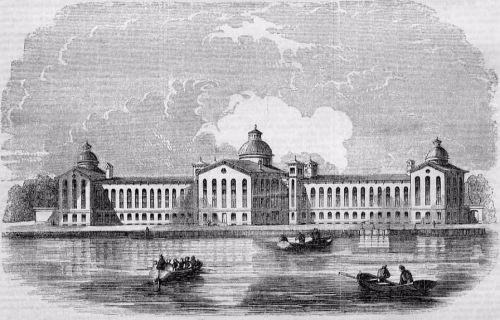 Almshouse records for New York City exist from 1758 to 1953. Olive Tree Genealogy has an ongoing project to transcribe and publish all New York Almshouse Records that contain immigration information.

The first set of New York Almshouse admittance records is for the years 1782 to 1813.

The third set of Almshouse admission records for New York city is for 1855-1858 and contains the following information: Name, age, country of origin, date of arrival, arrival port, departure port, name of ship, captain of ship, married or single, name of someone who knows them, how many times they have been on the island, and a section for remarks. The remarks field often contains the date of discharge from the Almshouse. 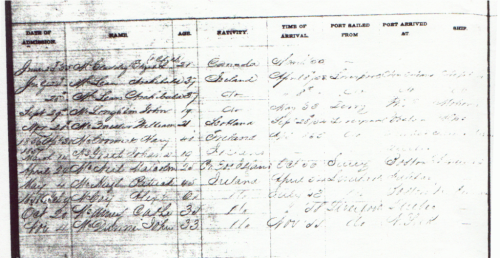 Left side of Almshouse admission book 1855

Right side of Almshouse admission book 1855

There are 30 sets of Almshouse records for New York City that are available on microfilm through FamilySearch.

Left and Right side of pages from Admission Book copied by Lorine McGinnis Schulze from microfilm.

I have a death certificate for, I believe, my great great grandfather that died in the Newark, NJ Alms House. Would love something like this to determine if it is really him. And, just found recently someone's wife that listed an Alms House as well. Nice for those with NYC people to have this information.