News Home Legacy Webinars New to Legacy? Store
Where is my ancestor hiding in that big database?
Enriching Your Family History through Pictures and Stories - BONUS webinar by Amie Bowser Tennant now available 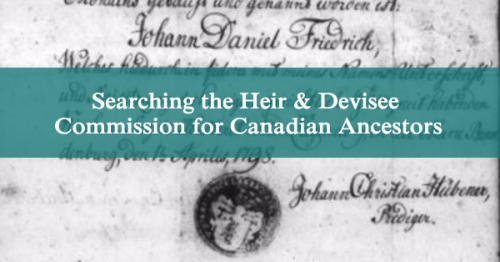 For those searching ancestors in Upper Canada (present day Ontario), Canadiana.org has some wonderful digital images of miscellaneous databases online. One of these is the overlooked but valuable Heir & Devisee Commission papers 1797-1854, which are found in their Heritage Collection.

Quoting from their website "In 1797, the government of Upper Canada (now Ontario) established the Heir and Devisee Commission. Its purpose was to clarify land titles for settlers on unpatented land. If your ancestor was living in Upper Canada around this time, there is a chance that you might find them referenced in this collection. Records can include: affidavits, bonds, location certificates, powers of attorney, orders-in-council, copies of wills, mortgages, deeds of sale, and testimonial letters." [Source: Canadiana.org]

Film 1146. 1795 Certificate that Jonas & Abraham Larroway were in Butler's Rangers in American Revolution

This digitized but unindexed collection consists of 21 microfilm reels. The reels contain various volumes of the Heir & Devisee Commission papers, starting from Volume 1 to Volume 104. Canadiana.org provides a list of each microfilm and what volume numbers are included, plus a very brief description of what is contained in the volumes. For example, the first microfilm H 1143 contains Volumes 1 to 6. Volume 5, as an example, is said to contain Notices of claims, received but disallowed or unresolved, arranged alphabetically for the Eastern District ca 1809-1841. These descriptions are very useful to the researcher as we can narrow our browsing to those microfilms of interest to us. It's still a time-consuming task as there are no indexes and each volume is arranged differently. Some are alphabetical, some are by district and some appear to have little, if any, organization.  But this listing of microfilms with volumes contained should narrow our search.

Unfortunately Canadiana.org's listings of what is in each microfilm are incorrect, as is their main title "Heir and Devisee Commission, 1777-1854". The correct dates are 1797-1854.

10 of 21 Films Are Wrong on Canadiana.org

As mentioned, Canadiana.Org has digitized 21 films of the Heir & Devisee Commission Papers and that's a good thing for genealogists. But since their index and description of what is in each film is incorrect for almost half of the films, their usefulness for genealogists is greatly diminished.

I discovered the incorrect listings in the online finding aid when searching for a specific time period in a specific location. Using the list provided on Canadiana.org, I chose the appropriate images for Niagara.  But as I scrolled through I realized something was wrong. I seemed to be looking at documents for the Johnston District, not Niagara area. Then I came across a cover page - a typewritten sheet stating what volume number I was viewing and a description of what images came next. But the volume number was wrong and should not have been on that particular microfilm according to the list provided by Canadiana.org.

With that I began a methodical (slow!) search of every microfilm that has been digitized and placed online. That allowed me to create a corrected list of films and their contents.

To assist other genealogists and researchers, I decided to publish online my correctly identified contents of each microfilm. I will be providing a list of where each volume starts within each film. That is, I will provide image numbers for each volume buried in the films so that researchers can quickly and easily jump to the volume of interest.  This project is underway and I have most of the films completed with only a few more to look through. Please check the Heir & Devisee Commission page for updates as I work through the 10 incorrectly identified microfilms. 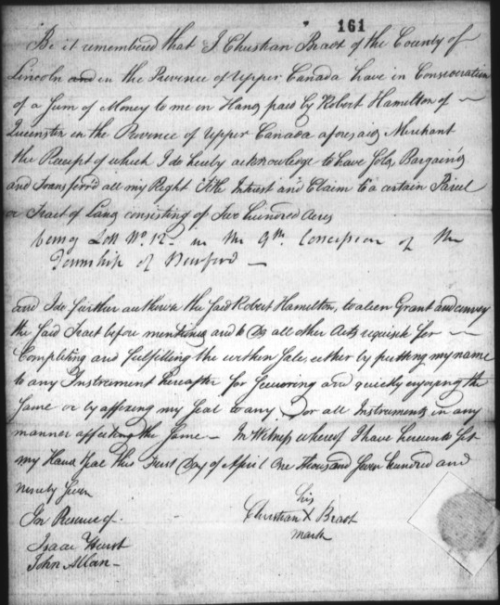 Following is the corrected list of Heir & Devisee Commission microfilms and volumes contained within each compared to the Canadiana.org list. Those in red are incorrectly labelled and identified on Canadiana.org. For those microfilms with no cover pages indicating volume numbers, I compared page numbers at the start and the end of each film to determine what volume(s) were in each film. I have begun adding a detailed list of what is found within each volume.

Example of the Detailed Listings I am Preparing for each Film

Here is an example of my listings that I have provided online as I work through each microfilm. H 1135 (Volumes 16-20 Johnston District Location Certificates) does not contain what Canadiana.org has listed. H 1135 is described on Canadiana.org as containing Volumes 9-15. In fact this digitized film contains volumes 16-20. I have gone through the entire film and provided image numbers and a brief description of what can be found there.

I am continuing to work on this project to help those searching for ancestors in Upper Canada so please check the site frequently for updates.

My goodness - how generous you are! Thank you so much for taking to time to share this with others. It is VERY much appreciated!