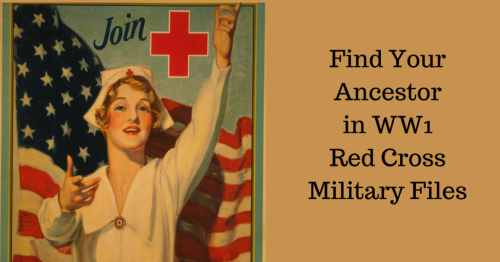 If you are searching for an ancestor who fought in World War One, the Red Cross Military Files are a valuable resource. During the war the Red Cross provided vital services for prisoners of war, and wounded or missing soldiers. Hundreds of thousands of volunteers were engaged in the war effort under the Red Cross supervision and often this resulted in records being kept of the volunteers and soldiers. Not all Red Cross records in all countries have survived and in some countries the records were never made. However some countries’ files have been digitized and are available online. 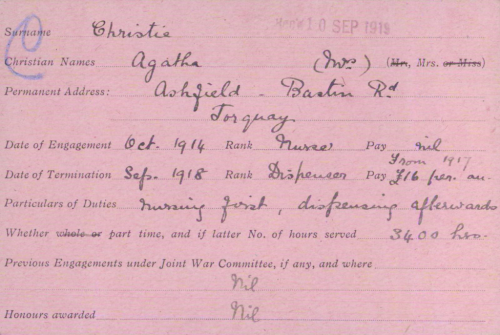 The Australian Red Cross has provided a searchable database of wounded and missing soldiers. The Red Cross files consist of approximately 32,000 individual case files of Australian personnel reported as wounded or missing during the First World War. 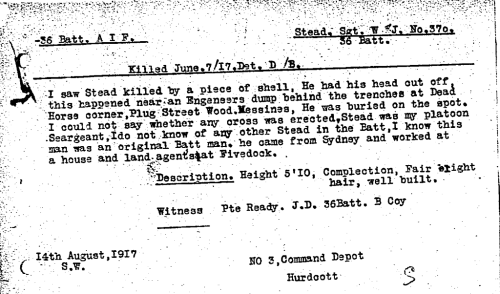 Very few records for Canadian Red Cross volunteers have survived. Millions of women worked as volunteer knitters and sewers, or packed up parcels for Prisoners of War. They visited wounded soldiers, wrote letters and also acted as drivers during both world wars.  However, Red Cross records of volunteers in Canada during World War One have long since been destroyed and in many cases never existed.

Service to the American Armed Forces and their families.
Service to Allied military forces, particularly the French.
Limited service to American and Allied prisoners of war.
Service to civilian victims of war, with an emphasis on the children of Europe. The ARC was involved in the production of garments, surgical dressings and other medical supplies, comfort kits, and additional items for the benefit of American and Allied soldiers and sailors and destitute civilians in war-torn countries.

There do not appear to be any digitized files for the American Red Cross except for one on Ancestry.com (pay to view)

According to the website, details found in the files are varied, but may include the following:

During the First World War, 10 million people, servicemen or civilians, were captured and sent to detention camps. Countries involved provided lists of prisoners to the ICRC, which created an index card for each prisoner and detainee. Genealogists can search through 5 million of these cards. Search for military personnel or civilians; also by nationality: British (and Commonwealth), French, Belgian, Romanian, Serbian, Italian, Russian, Portuguese, Greek, American, German, Bulgarian, Turkish, and Austro-Hungarian

Archives of the International Prisoners of War Agency, 1914-1923

The archives of the International Prisoners of War Agency (IPWA) were created during the early days of the war. Seven million soldiers were taken prisoner, many civilians were interned on enemy soil and millions more endured military occupation by the enemy or fled from combat zones and occupied territories. These files were submitted by the International Committee of the Red Cross (ICRC).