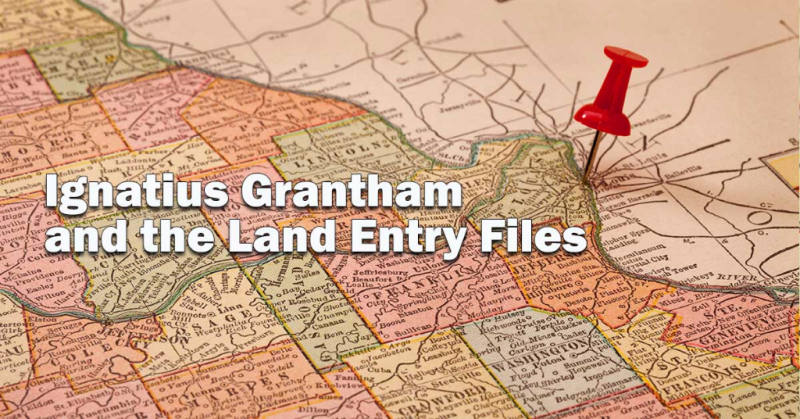 I told you a little bit about Ignatius Grantham in "Playing Hide and Seek with Records from Burned Counties." Since Ignatius was a cad I of course wanted to know more about him. On 08 January 1820 he claimed 401.72 acres in Jackson County, Mississippi. The Pascagoula River runs right through the middle so this was prime real estate. Ignatius didn’t hang on to it though. He assigned it to John Williams on 18 February 1820 and then Williams turned around and assigned it to Robert Carr Lane on 20 February 1820. Here is a map: 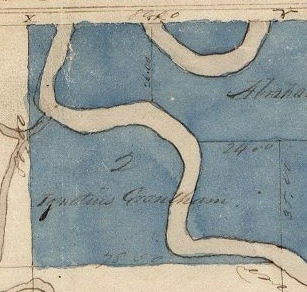 I ordered  the land entry file from the National Archives and it is 47 pages long.[1] Over the years this piece of land had some title issues. Apparently after it was assigned the patent was never filed so it looked like Ignatius still owned it. What is interesting was a “motion for decree pro confesso” filed 11 August 1902 in the case of R. Roberts vs. Ignatius Grantham et als. [sic]. I had to look that up (thank you Black’s Law Dictionary). It means the defendant (Ignatius Grantham) had not answered the complaint so the court treated it as though he confessed to the charges. In that motion it states,

“That said Ignatus [sic] Grantham cannot be found in the State of Mississippi after diligent inquiry and complainant does not know and cannot ascertain or diligent inquiry of Ignatus Grantham is alive or dead, and if he left any heirs.”

This is kind of funny because in 1902 Ignatius would have been about 113 years old. I guess it was a legal thing that they had to do and they did mention possible heirs.

This little tidbit was in the file too.  Talk about a seriously burned county! I knew about the fire in 1875 but I didn’t know it had burned two times prior to that. 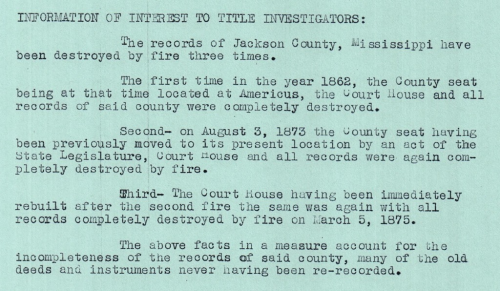 The moral of the story is, if you find a patent or warrant on the Bureau of Land Management’s website you need to order the land entry file to get the “rest of the story.” I will tell you that it is cheaper and faster if you have a local researcher pull the records for you at the National Archives than it is to order the records directly from them.