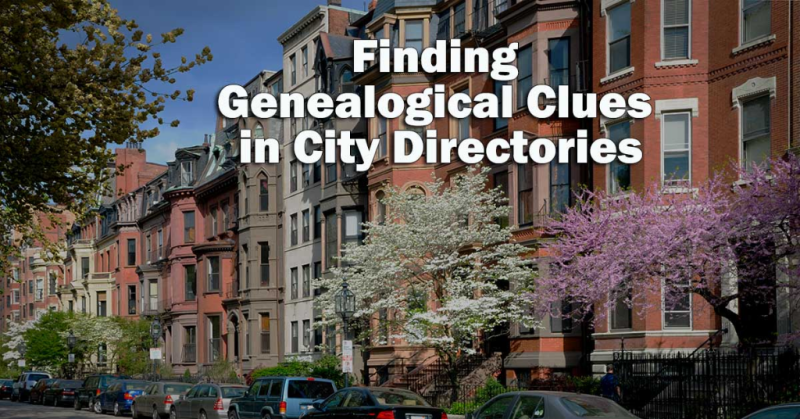 Early directories were created shortly after the Revolutionary War and were created for craftsmen and salesmen to be able to contact potential customers.

Six (6) Reasons To Use City Directories In Your Genealogy Research

1. City Directories, which were created yearly, provide a way to track an ancestor year by year. When an ancestor appeared in an area and/or when an ancestor left can be tracked by their appearance/disappearance in the directory.

3. An ancestor's wife's name are often included next to the husband's name. (This varies area to area over time.) In the 1917 Rochester, New York directory, a wife's first name was placed in parenthesis next to her husband's name.

4. Clues to an ancestor's death date can be narrowed down by the appearance of his widow. In this 1917 Rochester, New York example, Mary Little is identified as the widow of William Little. William Little died prior to 1917. Research into earlier directories can help narrow down William's death by tracking when he disappears and his widow Mary appears. 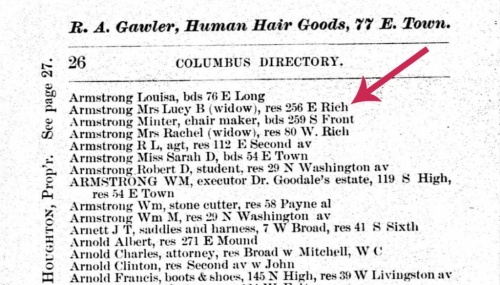 6. An ancestor's occupation can be found listed. In the example below, the Salem [MA] Directory published in 1850 by Henry Whipple, occupations for individuals are listed. 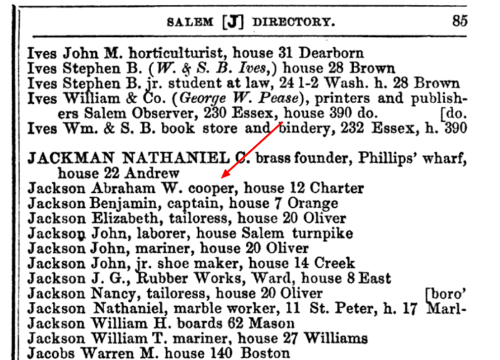 Tip: If you ancestor lived in an area too small to have its own directory, check the nearest town that did have a directory. Smaller towns were sometimes included in a neighboring town's directory.

Don't Stop At The City Directories

City directories are only one type of directory that genealogy researchers can use. A variety of directories have been created over time and are useful in our research.

Where To Find City and Other Directories

Directories of all types can be found in a variety of places. The 7 places below are a good place to start.

Take time to explore the directories for the location and the time period of your ancestors!

Lisa Lisson is the writer, educator and genealogy researcher behind Are You My Cousin? and believes researching your genealogy does not have to be overwhelming. All you need is a solid plan, a genealogy toolbox and the knowledge to use those tools. Specializing in southern US research and finding those elusive females, Lisa is passionate about helping others find resources and tools to confidently research their genealogy. Lisa can be found online at LisaLisson.com , Facebook and Pinterest.

Great post! Directories are also useful to see who else was living at the same address. I've often tracked nephews/nieces/cousins/widowed daughters this way.

Excellent information. Many thanks.

City directories for Indianapolis, IN were absolutely essential in identifying a 3x great-grandfather. I input data on addresses and occupations in a spreadsheet to identify which George/Henry/George Henry Stumpf/Stumph was mine; there were 4! I didn’t have a verified birth or death date for him, just my 2x great-grandmother’s birth and death dates, his daughter. I included the names of known and suspected relatives in the spreadsheet. Analyzing the linkages, I determined which was the probable father. Now I have to find other documents to solidify my identification as l still don’t have firm birth or death dates needed to get records for those events.