4 Places to Search for Clues for Maiden Names 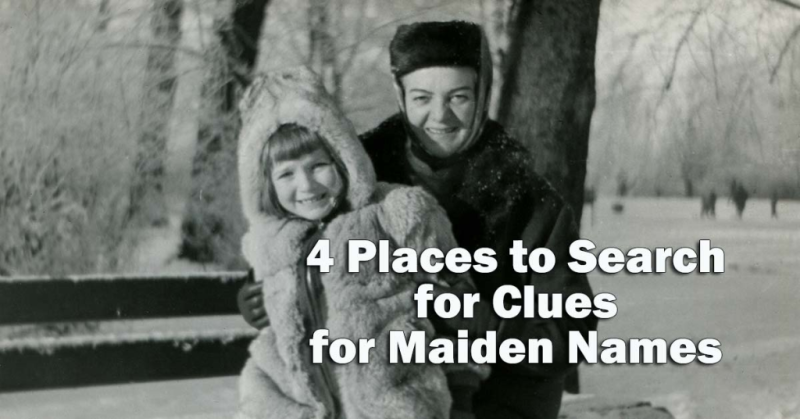 Researching our female ancestors can be a challenge!

Early laws and traditions meant females did not generate many of their own records.

Yes, checking the marriage record is an obvious first step, but did you glean all the clues important to your search? If a marriage is a second marriage, her married name may be the one listed on the document - not her maiden name. In this case, look closely at all of the names on the document. Identify each person and their relationship to the couple. Close family friends of both the bride and the groom often served as witnesses. Potentially, a male relative of the bride can be found providing the researcher with a new research path. 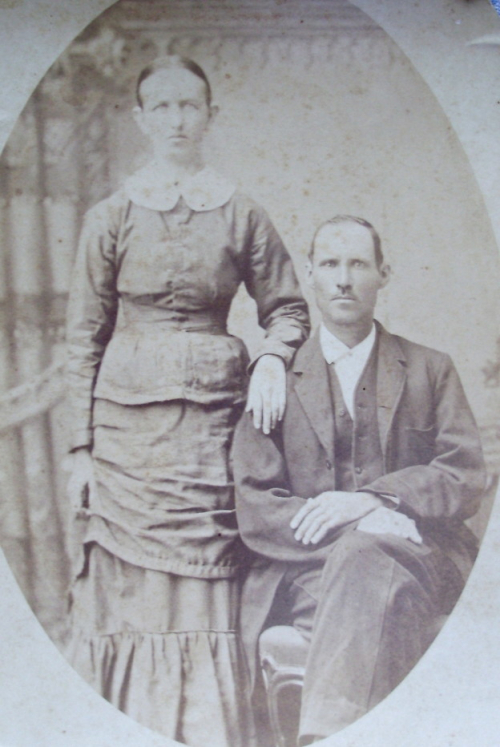 A woman can be found in her children's records. Tip:  Thoroughly research ALL of a woman's children. 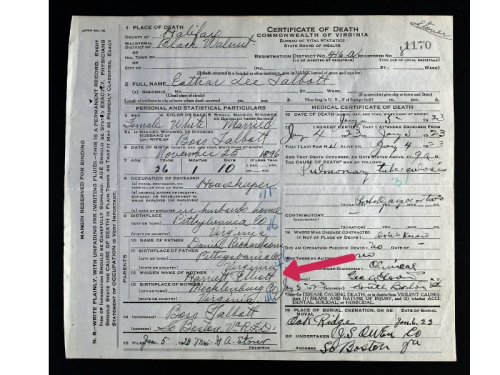 Explore the middle names of a woman's children. In the U.S., using a mother's maiden name for a child's middle name was (and still is) a common practice.  If you are researching outside the U.S. or within a specific ethnic group, learn the common naming patterns. You will then be able to pick out maiden name clues if they exist.

Census records are not typically a place we search for a woman's maiden name. Clues to a maiden name do exist within these records, but can easily be overlooked.

Once you find your married female ancestor in a census record, look closely at the members of the household. Are one or both of her elderly parents living in the home? A brother and/or an unmarried sister perhaps?

Alternatively, look at the neighbors. Do you find any potential candidates for her parents? Is anyone about the right age to be her parents living close?  Anyone with a surname that appears as one of her children's names? Research those individual's records for potential clues to your ancestor.

Finding a female ancestor's maiden name is frequently not an easy or quick task. Researchers can easily miss clues to her name in the records.  Shifting the focus of your research to those individuals surrounding your female ancestor can provide the researcher with clues to continue the search.

Learn more about Finding Females in these seven Legacy webinars.

I finally found my great-great grandmother's maiden name when I found that the marriage records for her home village in England were online (30 years after I started looking). I hadn't found her before because the transcriber of these records had combined two out of the four letters in her husband's surname into one. It was great to discover she was really somebody and not just Martha.

UK death certificates do not provide any information about the parents of the deceased.
Marriage certificates are supposed to include the maiden surname

And by default MyHeritage lists women by their married name in the trees there. You CAN change it on YOUR tree but you have to know how. I don't even bother looking for DNA matches there any more. I'm 72. Can you imagine how old I'd be before I tracked down a maiden name and her family?

In Iowa there is the Census 1925 in this is the maiden name of the mother of a person listed.

That's probably the only census in which I found a maiden name.

Always keep in mind that there are 3 basic parts of any genealogy "fact": name, date, location. If name is an issue, focus on date and/or location - for the person you seek and the people around her or him. Eventually, there will be a clue that unlocks the puzzle.

Not only are other names on records great clues, but also look at locations and dates. If you are searching for Jane Jones born about 1843, whose husband is Samuel Jones, take a look at her birth location in the records.

Example: Jane and Samuel Jones are enumerated in Leadville, Colorado in 1880. Jane is shown as being born in Indiana, her father born in Tennessee and her mother born in Kentucky. Searching for someone named "Jane" in Indiana, and born about 1843, with this combo of parents' birthplaces isn't easy, but it is another way to break through the infamous brick wall. I have been surprised over the years with the info revealed in this kind of "desperate" search.

And where possible - consult digitized newspaper articles. These sources are contemporary and contain a wealth of information. You might find an article stating that Mrs. John Smith, of Indiana, visited her daughter, Mrs. Samuel Jones, reported in a Leadville, Colorado newspaper, in 1894. Now that's a valuable clue! Or perhaps there's an article stating that Mrs. Samuel Jones left today [note the date] from Leadville to visit her mother, Mrs. John Smith in Indiana.

Newspapers can be invaluable, IF they are online! My ancestors seemed to be willing to hide, as the areas they settled in didn't have newspapers on a regular basis. Very small towns in rural farming counties...