3 Places To Search For Your Ancestor's Occupation 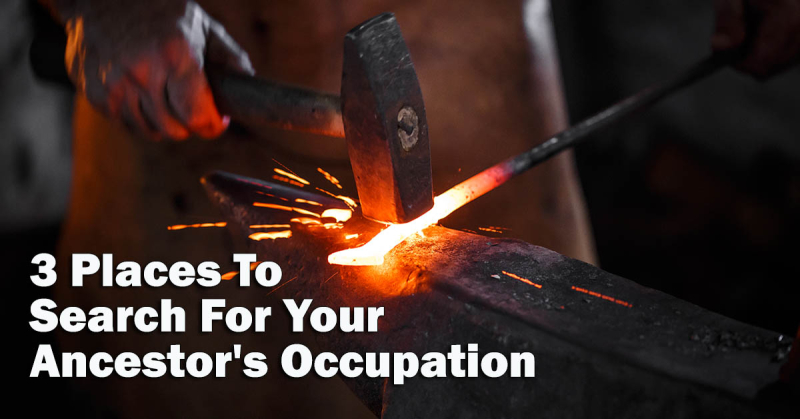 What your ancestor did for a living says a lot about him or her, too. An ancestor's occupation provides a glimpse inside his/her life. That glimpse into your ancestor's life can lead to important genealogical clues for your research.

3 Places To Search For Your Ancestor's Occupation

Evidence of your ancestor's occupation can be found in a wide variety of records. Let's take a look at three types of records to get you started.

The U. S. census takers recorded an individual's occupation beginning in 1850. From 1850 - 1940 (latest released), read beyond an ancestor's name and see what occupation is listed.

For non-U.S. based genealogy researchers, explore the census records for the country where your ancestor resided. What years were occupations recorded (if at all) for that area?

Below is a portion of the 20 Apr 1905 passenger list for the S.S. Caronia arriving in New York from Liverpool, England. Notice the column for the passenger's occupation.

Occupational-based or trade directories are often overlooked in our search for find out what our ancestor did for a living. An occupational-based directory is simply a directory of individuals working or participating in a specific occupation. These may be local, regional, national or international in scope.

Was your ancestor on the wrong side of the law? Was he/she in jail or prison? You can find inmates listed census records. If you do, check for those records! Jail records have a surprising amount of information on your ancestor. 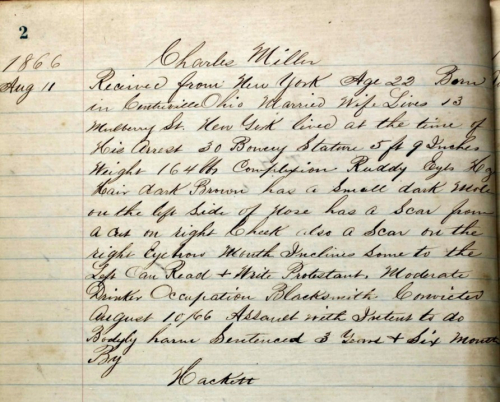 Take a look at the 1866 Sing Sing Prison admission record for Charles Miller. Charles was 22 year old and born in Centerville, Ohio. He was married and his wife lived at 13 Mulberry Street, New York. Charles lived at 30 Bowery Station at the time of his arrest. We find a detailed physical description of him including that his mouth inclined a little to the left. He could read and write, he was a protestant, a moderate drinker and a blacksmith!

Just note that access to jail or prison records will vary state by state and country by country if you research outside the U.S.

As you begin research into your ancestor's occupation, do not be surprised if you come across an occupation you do not recognize. Lists such as Old English Census Occupations and Occupations and Trades of the Eighteenth Century can be helpful in learning about an occupation that no longer exists or goes by a more modern title.

In Germany, nearly every civil record (and many church records) will include the occupation just before the name. This includes birth and baptism records, marriage records, death and burial records. For example, the marriage record at Bargstedt (Evangelische) Church lists my 2nd great-grandfather as "Anbauer Christoph Duden" - a "grower" or farmer who did not own the land he worked on. There are a number of sites with lists of old German occupations. There are more than a dozen different kinds of farmers!