News Home Legacy Webinars New to Legacy? Store
New "Member Friday" Webinar - The Show Me State: Research in Missouri by Luana Darby
Register for Down Under webinar: Are you Lost? Using Maps, Gazetteers and Directories for British Isles Research by Paul Milner

You, Your Ancestors and Labor Day 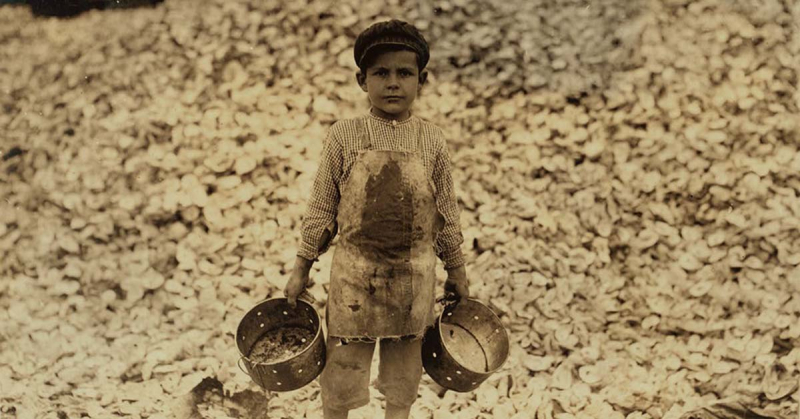 The first Monday in September marks Labor Day whose history is relevant to our genealogy. Poor work conditions, long hours, and child labor are issues our ancestors faced in their worklife and issues that labor unions worked on which leads to the celebration of a day to honor workers, Labor Day.  Here are a few more facts to consider this 3-day weekend.

This September 2nd, the first Monday in September, marks Labor Day (or Labour Day if you’re Canadian) in the US and Canada. It’s a day to honor  workers (and workers celebrate by getting the day off). A day whose history is found in the labor union movement, it makes sense that the US and Canada are not the only ones who honor their nation's workers. Other countries  have their own version of Labor Day including Australia, the Bahamas, and New Zealand. Additionally, there are other countries that celebrate a worker’s day, honoring workers. For some places, the day after Labor Day may also mean it's time to go back to school.

2. Your Ancestor Worked Hard for that Day

It’s easy to forget in our modern world where people can telecommute, work 4 days instead of 5, and get benefits including paid leave and medical insurance that our ancestors weren’t so lucky. It was common for nineteenth and early 20th century workers in the age of industrialization to work 10 to 16 hour shifts, 6 days a week. Children also worked, foregoing school for working in “mines, glass factories, textiles, agriculture, canneries, home industries, and as newsboys, messengers, bootblacks, and peddlers” as they helped their families scrape by.[1] Workers had few rights and a day at work could mean everything from unhealthy conditions that could result in injury to even being killed.

Labor unions and the workers they represented spoke out against the harsh conditions faced in places like factories. Strikes and other actions were sometimes met with violence like in the case of the Haymarket Riot and the Pullman Strike. President Grover Cleveland signed the Labor Day holiday into law days after the Pullman Strike ended but it was only after the strike resulted in the murder of workers.[2]

Labor unions and workers continued to protest  working conditions in the 20th century including shortening work hours to an eight hour work day. In the United States, even though workers had been demanding and striking for shorter hours in their work day since the late 1700s,  it wasn’t until the Franklin Delano Roosevelt administration that the Fair Labor Standards Act was passed which limited certain industries to a 40-hour work week with additional work paid as an overtime bonus.[3]

Have you documented the work life of your parents, grandparents and great-grandparents? Monday is a good time to start!