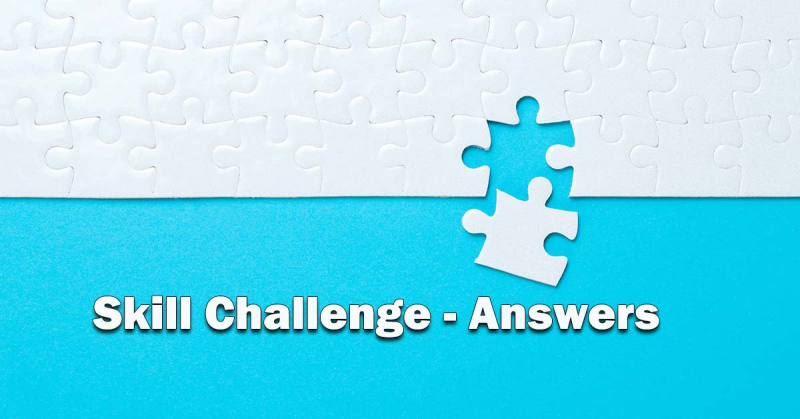 Last week we challenged you to answer questions about an early 18th century document.

Here are the answers to our challenge.

1. What type of document is this?  This document is called a deposition. A deposition according to Black's Law Dictionary (4th edition, p. 527) is "The testimony of a witness taken upon interrogatories, not in open court, but in pursuance of a commission to take testimony issued by a court, or under a general law on the subject and reduced to writing and duly authenticated, and intended to be used upon the trial of an action in court. It is sometimes used as synonymous with "affidavit" or "oath," but its technical meaning does not include such terms."

2. Where would you find this document? This document was created in Salem, Essex County, Massachusetts. In that jurisdiction you will find the document in the Essex County Registry of Deeds.

3. Without worrying about months or days, what year was Thomas Lovell born? "The deposition of Thomas Lovell being in his Eighty Seventh yeare now of Ipswich." The document was recorded in 1707 when Thomas Lovell was 87 years old. That makes him born, more or less, in 1620!

4. Where was Thomas Lovell born (take a creative stab at this)?  Since we find in Essex County, Massachusetts in 1707 and not in Plymouth, it's a pretty safe bet that he came over 1630 or later. Therefore we can guess that Thomas Lovell was born in England or some other part of the British empire, and not in the American colonies.

5. What year did he live in Salem? "I this deponent does Testify that in Anno Domini One Thousand Six hundred and forty I was an inhabitant of the Towne Salem in the County of Essex in the Province of Massachusetts Bay in New England in which I live about seven years..."  From this we can extract that he arrived in Salem (from where exactly we do not know) in 1640 and he lived there seven years.

6. Whose house did he live in? "...I had my aboad [abode] in the house of Mr William Bacon." From this we learn that Thomas Lovell did not own property himself but likely rented a room in the home of William Bacon.

8. What was near the house and who owned it? "...and was neer the first corn Mill that of said Traske." The house of William Bacon, which was bought from Capt. Traske, was near the first corn mill owned by Traske. Implying that something happened to the first one perhaps and that a second one was built.

In this particular exercise we are concerned with learning about the biographical information of Thomas Lovell rather than the legal matter for which he was testifying. That matter had to with land and water rights of Capt. Traske. Thomas Lovell is testifying merely as a witness, yet because of the deposition crucial biographical information is preserved.

This document is so important because it reminds us

3) that previously unrecorded events may be preserved at a much later time.

For an extra challenge, take a stab at transcribing the document.

Capt. Traske + was neer the first corn Mill that of Said Traske did so

One last thought, is the information in this deposition accurate? We don't know. What we do know is that in 1707 it is an accurate account of what Thomas Lovell remembered from 60 plus years earlier. No indication is given as to the accuracy of his memory. We would need to corroborate the events and people mentioned in the deposition. We could start by looking for land deeds for William Bacon and Capt. Trask in Ipswich, Massachusetts. Then we could check vital records for Thomas Lovell, William Bacon and Capt. Trask. As they were all alive during the 1640s we can make some assumptions about their life spans.

Marian Pierre-Louis is a genealogy professional who specializes in educational outreach through webinars, internet broadcasts and video. Her areas of expertise include house history research, southern New England research and solving brick walls. Marian is the Online Education Producer for Legacy Family Tree Webinars where she produces online genealogy education classes. Once a month you'll find her as the evening host of Legacy Family Tree Webinars. Check out her webinars in the Legacy library.

I have one small potential quibble. If Thomas Lowell was "in his Eighty Seventh Yeare", he would technically be 86. That is if he knew exactly how old he was.

I really enjoyed this article and exercise. I have just started digging into the art of transcription and abstracting this example shows how vital these skills are. This is the kind of lesson I would never learn on Ancestry.com. Thank you for furthering my education.

You are absolutely right! He would be 86. Thanks for catching that. Math was never my strong suit.

Another great exercise. I enjoy the challenge!

While I might look for land deeds for William Bacon and Captain Trask in Ipswitch, I would probably start my search in Salem since that is where the transactions in the deposition took place and where the deposition itself was found. The context for the creation of the deposition would also give clues as to what other documents might be available. Maybe Bacon or Trask died and the deposition was needed as part of the probate process? There could be a will and whole probate package.

Thanks again Marian. I look forward to the next challenge and the things I will learn from it.