Free Webinar Each Day the Entire Month of April 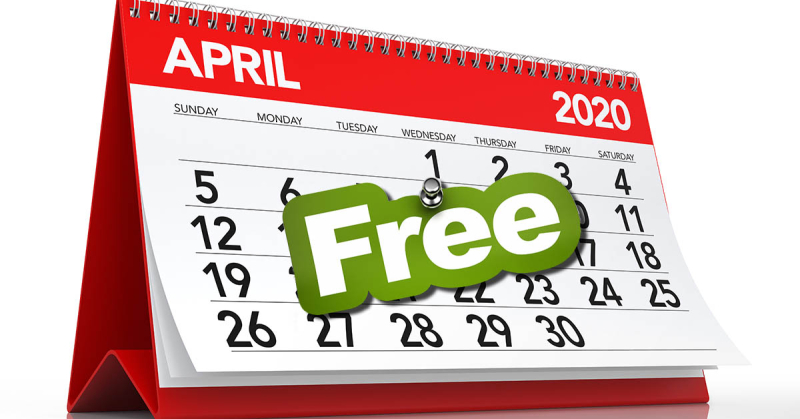 Legacy Family Tree Webinars wants to do its part to help genealogists across the world who are self-isolating at home right now. While we can't do your grocery shopping or other practical activities, perhaps a genealogy class each day during the month of April will help as a diversion.

Each day we'll be unlocking one Legacy Family Tree webinar from the membership library to be available to watch for free. We've chosen the classes around a 7-day rotating theme:

Plan to put Legacy Family Tree on your calendar each day in April. Maybe you'll learn a tip or skill that will help you break through your brick wall!

April 1 - Privacy: How to Protect Your Information Online by Judy Russell

April 4 - Google Alerts: Get Notified of New Content on Google by Thomas MacEntee

April 11 - What Is DNA Segment Data? by Michelle Leonard

April 12 - Transcribing Documents: There is More Than Meets the Eye! by LaBrenda Garrett-Nelson

April 17 - Genealogy for Novices: Where Do We Begin? by Linda Woodward Geiger

April 26 - The Five-story Fall: Correlating Indirect and Direct Evidence to Extend the Pedigree by Debra Mieszala

April 28 - An Introduction to Spanish Surnames by Daniel Smith-Ramos

Thursdays - Around the Globe

Thank you for this wonderful selection. What time are the webinars? Will they also be archived? ((in case our busy schedules are conflicts)).

You all are very generous!! This is a great way to help people realize how useful/practical and exciting webinars can be!! I'm already a member, but several of these I've missed, so this list is a good reminder for me. Cheers from sun/cloud coldish Vancouver BC Canada.

Trudy - the free webinars are webinars from the member library that are being unlocked so they are not shown live now.

I love this! Thank you, I am learning so much!

Thank you for doing this. Some of the webinars I have missed before (due to not having internet access) are on the list. Yay! However, it would have been nice for Legacy News to have told us before April 1 so that we didn't miss the first few days. Oh well.

Thanks so much for this!! I'm registered for many free webinars through the end of the year, but it appears most of these are additional ones.

What a treat but as one person indicated it would have been nice to know this ahead of time as it is April 6 so lost six days as this supposedly started April 1.

Hi Elaine - you might follow the Legacy Family Tree Facebook group at either https://www.facebook.com/groups/LegacyUserGroup or https://www.facebook.com/LegacyFamilyTree/ where, and this blog at http://news.legacyfamilytree.com where we post things immediately. Because of email transmission times, receiving the email the day it is sent by us is sometimes not possible. Hopefully you'll still be able to enjoy the rest of the month.