Success in Finding More About Nell

In the last two weeks, I’ve written about research that left me with more questions than answers. One of my goals in doing so was to illustrate some steps and questions you could ask when you have a research project that begins with very little information.

As you may remember from last week, I discovered through FamilySearch that Nell Howard Enloe was married to William Stewart Smith in 1926. That's why I couldn't find her in the 1940 U.S. Census; I was searching with the wrong surname (Enloe instead of Smith).

Now that we know that she was married in 1926 let's take a look at the 1930 U.S. Census. With the correct surname, I should be able to find her.

In 1930 Nell H. Smith was listed with her husband Stuart W. Smith, Jr living in Manhattan, New York. The census shows that she was born in Georgia and worked as an editorial reporter for a magazine.[1] 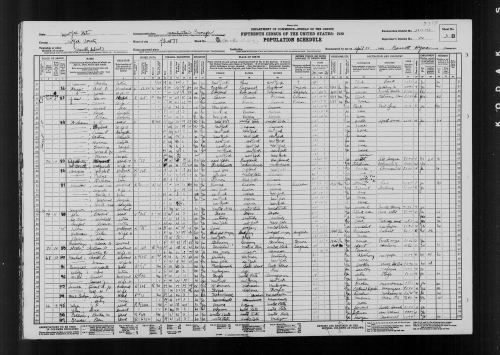 You might recall that one of the documents I posted last week was dated 29 April 1930 that Angie Rodesky provided me listed Nell as the Household Editor of Pictorial Review, so it makes sense that her occupation in the census would be an editorial reporter at a magazine.

If we continue on with our census search, Stewart and Nell are also in the 1940 U.S. census. However, Stewart is listed as William, and Nell is listed without an occupation.[2] 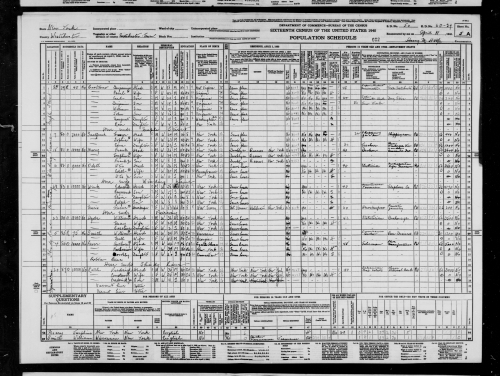 Newspaper research provides more clues to her job as a magazine editor/writer. Nell’s appearances on the radio focused on food and homemaking topics. This 1932 Boston Post article mentions such an appearance.[3]

Nell was well-known in her day and even appeared in advertisements like this 1936 one for Jewel shortening.[4] 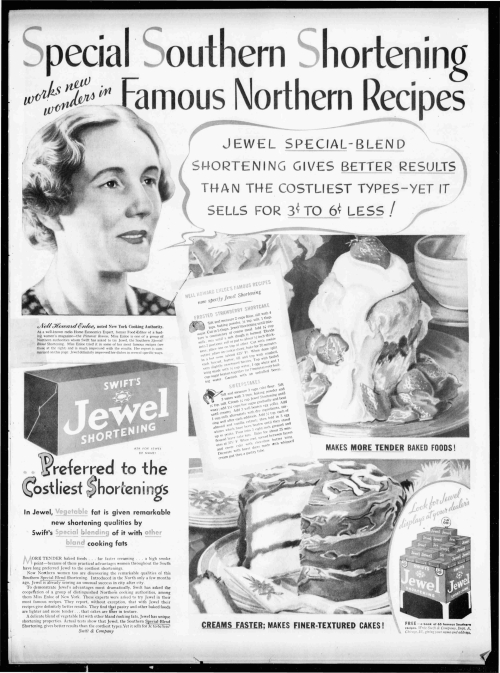 Nell Howard, Enloe, noted New York Cooking Authority. As a well-known radio Home Economics expert, former Food Editor of a leading women's magazine-The Pictorial Review, Miss Enloe is one of a group of Northern authorities whom Swift has asked to try Jewel, the Southern Special Blend Shortening. Miss Enloe tried if in some of her most famous recipes (yes, those at the right) and is much impressed with the results. Her report is summarized on this page: Jewel definitely improved her dishes in several specific ways.

How wonderful is that to find a photo of her?!

I could go on and on with information about Nell. Continued research in the census and vital records revealed that she was the daughter of Hoyt and Ellen Mooty Enloe. Though Nell was born in Georgia, her family had lived in Wedowee, Randolph, Alabama (remember that Wedowee was mentioned in the letter?).

So why did the letter to her mother and some occupational ephemera end up for sale? I'm not sure. Nell died in 1976, and her mother died in 1963. She had two sisters, one died more recently, in 2008, so maybe it was part of her sister's estate and was sold.

I have many more places to look to learn more about Nell, including additional newspaper and digitized book searches. Crowdsourcing this research by posting about it on the Legacy blog was possibly one of the best things that happened. And it's perhaps one of the most important lessons I want to leave you with.

Though we conduct most of our family history research alone in our homes, don't forget what other people can offer your research. I so appreciate those readers who provided additional research help like Mike Saunders, who found Nell and her parents in the 1900 U.S. Census and pointed out that she's also listed on FindAGrave.

Another reader, Hartford let me know that Nell is actually on his Legacy family tree and is his 5th cousin once removed! He writes:

Yes, Hartford! I definitely want to connect with you and trade information.

I have had very little success in finding my grandfather Eric Fennell born (1894-1896) in Australia. What my father shared with me is the following; Eric Fennell came from Melbourne Australia to England no date. He met my grandmother in London 1929-1930 whilst he was working at the Lyons Tea house as manager. He was known as Eric Winton to my grandmother. They married but I could not find a marriage certificate. My father was born in 1931 in Bournemouth and when he was 9months old in 1932, Eric's wife Barbara and son Peter, fetched him and informed my grandmother that his surname was Winton-Fennell. On my father's birth certificate he was listed as an accountant and lived in Poole. I found Eric Fennell in Perth not my grandfather he married Florence in 1930, also police records in Melbourne 1924-1928.

Gina, many times I've begun with "nothing" and had to think way outside the box to figure out where to go next. Used many of the same sources and thought processes you mention here.

btw, my mother's given name was Beulah, but was always called "Bill" or "Willie" by her sibs, even in letters. Being the eldest child, I suspect her dad wished she was the son he wouldn't get until after two more daus, followed by two more daus after that!

I've finally had time to do a deep dive in Nell Howard Enloe and learned quite a lot about her, much of which I've recorded in my LFT. Although a distant relative - 5th cousin -- we are definitely related through the Enloe/Inlow family. One of her direct great-grandfathers, in fact, is the ("infamous"?) Abraham Enloe about whom Lincoln scholars may be familiar, as one enduring piece of Lincoln lore -- heresy to many -- claims that Abraham Enloe is actually the biological father of Abraham Lincoln!!

Nell made quite a name for herself as a home economist, so much so that after she married she consistently used "Enloe" rather her her married name of "Smith." For several years she was "home editor" of The Pictorial Review magazine, one of the leading women's magazines of the early decades of the last century. At its height -- when she served in that position -- it reached a circulation of over 2.5 million! She traveled literally coast to coast giving lectures, leading classes, presenting seminars, judging competitions, speaking on the radio, and otherwise involved in home economics. She also consulted with Betty Crocker. I've found hundreds of references to her on Newspapers.com, from papers all over the U.S.

So far as I've been able to determine, she and her husband had no children. They spent much of their lives living and working New York City and the surrounding area, but later in life appear to have retiree to Wedowee, in the area cited in your earlier posts where she grew up, where her mother remained all her life, and she seems to have maintained strong ties throughout her life. She and her husband William both died there.

Thank you for introducing me to this member of my family.