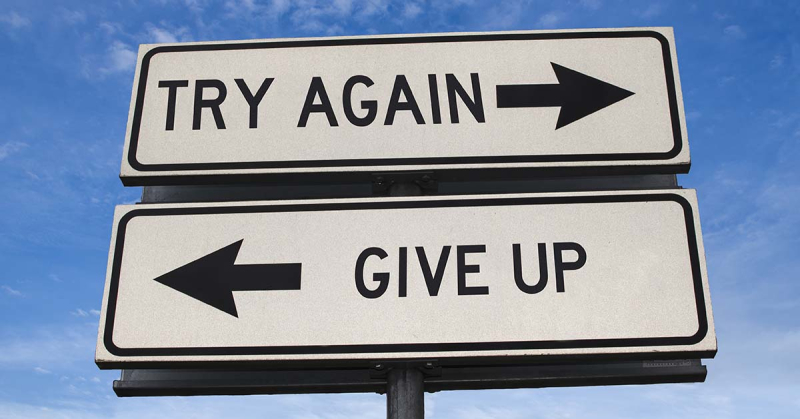 As you remember from last week, we looked at clues from a letter signed by Nell Howard. Today's post looks at two important lessons learned so far from this letter - Crowdsourcing and Taking a Second Look.

Several readers came up with information to help solve the mystery of Nell. Thanks to everyone who commented!

A few readers pointed out the word “Wedowee” in the letter (3rd paragraph 2nd sentence).

Wedowee is a town in Alabama. Red points could be used for meat, sugar and coffee during WWII rationing. Yes, there are lots of clues in that letter! - Robin C.

One other significant clue in the letter is the reference to "Wedowee" which is a city in Randolph County, Alabama. Perhaps this is the mother's residence. - Mike Saunders

To be honest, I missed Wedowee, and it is a vital clue. Even when it was pointed out, I had to read the letter twice before I saw it. It’s a good reminder of how important it can be to crowdsource your genealogy problems and that 'we don’t know what we don’t know.'

Legacy News readers made other great observations as well. Ideas that definitely need to be explored.

I'm intrigued by the writer wishing Peter could visit with Larry b/c "we would have so enjoyed a visit with her." Identifying female names for which Peter was a nickname & trying to link them w/the other names in the letter might help identify the writer/recipient. My grandparents lived next to a woman named Blanche. She was always called Pete, though I don't know why. I'd guess she was born in the late 19th/early 20th century. --Maureen

In genealogy, we start with the more recent event and work our way back. When we know the death date, that would be the most “recent” event. In this case, we don’t know that, but we could start with the year we assume the letter was written, 1944, and work backward from there.

My research question involved finding Nell Howard in time and place. My first step was the 1940 US Federal Census. A search on Nell and Stewart (no last names) in both the 1940 and 1930 census brought too many results. When I tried to add other facts like what I assume Nell’s relationship was to head of the house (wife) or narrow it to Washington DC or Washington, I would get no relevant results. Trying the surname, Howard didn’t work either. I also tried just Nell Howard by herself and still didn’t find anything promising.

I tried a few other general searches and nothing was working.

I was at a dead end.

Lesson learned: Always ask others for their opinion. Other people may pick up on something you totally miss. We can crowdsource our genealogy problems via Facebook groups, genealogy society meetings, or genealogy events.

Sometimes it helps to go back a step. The usual approach wasn’t working, so I decided to rethink how I was approaching this problem. As you might remember, I borrowed this letter from genealogist Angela Rodesky who purchased a collection of paper ephemera. I contacted Angela and asked if she could please look again at the documents she bought with this letter to see if anything else mentioned Nell. These documents were a random lot and weren’t the collection of just one person so I wasn't sure she could find anything more. She said she’d look.

A little while later, I got a message; there was something. 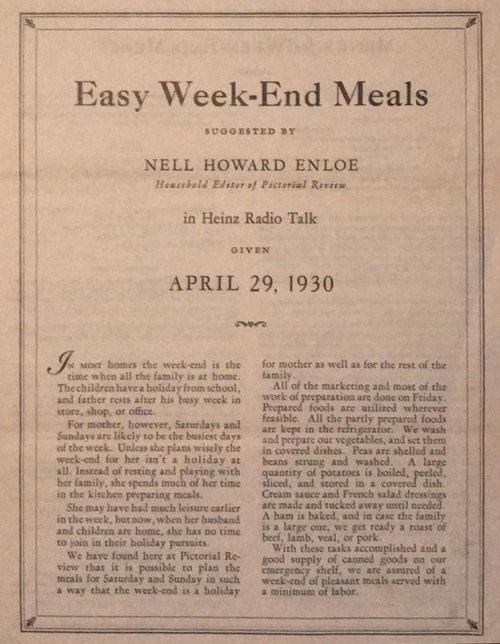 There it was. This is a game-changer. Her name isn’t Nell Howard. It’s Nell Howard Enloe. This still doesn’t answer the question about Stewart and whether Howard is her maiden name, but at least we have a little more to go on. Nell obviously does have a connection to food (remember all those food references in the letter?).

I decided to search for her in the 1940 census again and possibly look for Stewart with her.

Sometimes research doesn't always happen as we plan. Searching the census wasn’t working, I decided to search for her in FamilySearch's Historical Records using the name Nell Howard Enlow and see what I find. That’s when I find what I need to answer the question about Stewart and why I can’t find her in the 1940 census.

A Nell Howard Enloe married William Stewart Smith in New York. I might want to assume this is her, since how common could that name be? But she’s getting married in New York and she’s born in Georgia, so that’s two new places to add to the list that includes Washington and Alabama. And I don’t know enough to guarantee this is her. But I can now research this couple and either prove that they are the couple I'm looking for or exclude them from my list.

With Angela's help, I now have Nell's name, and I know she had something to do with food. Newspaper research is a must as a next step. So I will spend some time and see what I can find there.

Obviously, this answers some questions but brings up even more (just like good research does). But at least now I may have a married name (Smith) and I know that if Stewart is her husband, his last name is not Enloe.

Lesson learned: Always take a second look. Whether it's a record or a repository. Make sure you learn everything you can from a document and check that you have all the documents you need.

What research questions would you still have? Where would you look?

Next week, let’s take a look at who Nell Howard Enloe (Smith) was and what sources answer that question.

I think that although it is nicely typed and can be easily read, it's a good idea to transcribe it. The act of retyping the information helps you "see" all of the words. I just discovered a way to transcribe on the left side of a Word document and insert on the right (where there is usually lots of extra space when you transcribe line-by-line exactly as the original) a sidebar where you can make notations of what you're thinking (or discovering) during the transcription. The sidebar is found under Insert > Text > Text Box > then lots of choices. Having it a different color is good, to keep it separate from the transcription.

You can find Nell Enloe Smith death information at this link which includes links to her parents and husband William Stewart Smith:

Interesting to follow and see that other people have the same issues. I have found that "research to the side" (my name for finding out about things about the scenario but aren't directly connected to your search) is essential, even though distracting. I couldn't track my relative from India using the name passed down to me until I read that there was a custom used around her area where people always stated their name along with the place they came from, when asked. When she arrived in her new country, the person recording entries would have written down what she said and it became her official name. (Perhaps too hard to fix the misunderstanding.) With that new probability in mind, I then discovered her real surname (her 'middle' name) and also where she came from. Well worth the side journey.

You wrote: "When I tried to add other facts like what I assume Nell’s relationship was to head of the house (wife) or narrow it to Washington DC or Washington, I would get no relevant results."
I believe the Washington referred to in the letter is Washington County, Alabama, just north of Mobile. She refers to the "canning kitchens" where she is, wishing they had one in Wedowee, where she is from, or at least her mother is located. She also refers to the "peach season" being almost over, which they would not likely have in Washington State or DC. It would not be unusual for her and Stewart to have moved nearer to a large city for work, especially with the jobs that may have been created there by the war.

That's definitely her, and if you look for Hoyt Enloe (her father) in newspapers, you'll find he died 16 May 1909 in Wedowee, AL. Nell's mother, Ellen Mooty Enloe, died 28 Dec 1963 in Birmingham, AL. Nell's husband, a native of Appleton, WI, died 22 Jan 1959 in Atlanta, GA, and Nell herself died 25 Dec 1976 in Atlanta, GA. Nell's marriage to Stewart Smith is mentioned in the 15 Sep 1926 Roanoke (AL) Leader newspaper. The same paper, on 30 Sep 1931, published an article about a talk Nell gave at the "Woman's Study Club" of Wedowee about her work as editor of the Home Bureau Department of "The Pictorial Review," which was a women's magazine published in America from 1899-1939 (according to Wikipedia). I'm sure there's more to be found about her life work, but I learned all this in just 15 minutes of playing!