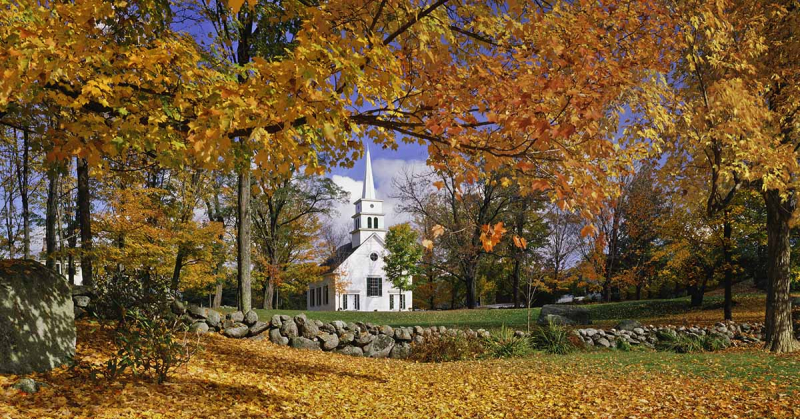 New England has an abundance of records which go way back in time, often to the 1600s. For that reason many genealogists think that researching in New England can be fairly easy. But that abundance doesn't come without some pitfalls that are often unique to New England. By knowing what to look out for you'll avoid creating unnecessary obstacles in your research.

Here are 3 tips to help with your New England Genealogy Research:

Colonial settlement and later migration westward created a situation in New England where original towns were broken up over time into new, smaller towns. This means your ancestor could have lived in two different towns without ever having moved. For this reason you will want to check both the settlement date and the incorporation date of a town.

How can you determine when towns were established as well as the names of their parent towns? The handiest reference is a book called Genealogist's Handbook for New England Research, now in it's 6th edition, and published by the New England Historic and Genealogical Society (NEHGS).

Changing town borders in New England not only meant you might need to look in various towns for records but it also means you could have to search a different town to find a cemetery.

The town of Medway, Massachusetts was founded in 1713 from the town of Medfield. The eastern part of Medway was settled first and that's where the first church and graveyard were established. As more people settled in Medway a second church and graveyard were established in the western part of town. There was a bit of friction between the east and west side of town and ultimately, in 1885, the eastern half of the town broke off to form the new town of Millis.

This creates a complication for genealogists searching for their ancestors in Medway. They can see that Medway was established in 1713 but they often don't realize that Millis was part of Medway until 1885. Nor do they realize that the eastern part of Medway, now Millis, was the section that was settled first. Which means that Medway's oldest cemetery is actually located in the town of Millis.

To get around this problem check the book A Guide to Massachusetts Cemeteries by David Allen Lambert. It includes both the year a Massachusetts town was established as well as the consecration date or oldest burial for each cemetery. For other New England states check with historical societies, USGenWeb sites or regional cemetery projects.

3) Check Town Reports for an alternate source of information

New England towns were founded by Puritan settlers whose governments were run at the town level. In the early years, important information such as births, marriages, deaths, and taxes were kept in town record books. In the 19th century these were transformed into an annual Town Report which summarized all the key information for the year. In some New England states annual Town Reports are still printed today. 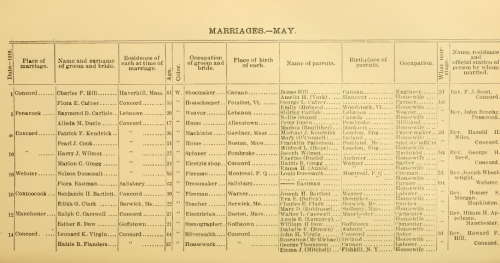 Town Reports are an overlooked resource that may contain key details about the life of your ancestor. They are most often found in the local library, town hall or historical society but increasingly they can be found in digitized format on sites like Internet Archive. For best results search for annual report + town name. Here's a listing of the Town Reports for Concord, New Hampshire available on Internet Archive.

The next time you get stuck researching your New England ancestors be sure to check if you have a jurisdiction issue related the changing borders of the town or whether you need alternate sources of information which you can find in Town Reports.

Have you had success finding information about your New England ancestors? Tell us how you did it in the comments.

Marian Pierre-Louis is a house history and genealogy professional who specializes in educational outreach through webinars, internet broadcasts and video. Her areas of expertise include house history research, southern New England research and solving brick walls. Marian is the Online Education Producer for Legacy Family Tree Webinars where she produces online genealogy education classes. Check out her webinars in the Legacy library.

My most helpful resource for family stories was my Grandfather. However, I use records for more definite confirmation.