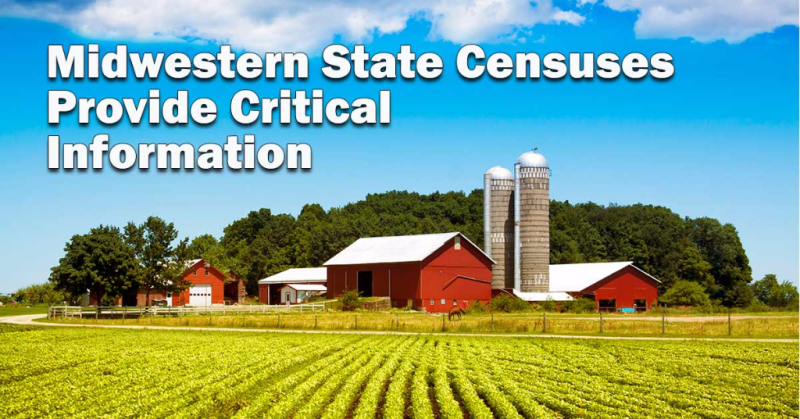 Often times, census records are a way in which a genealogist paints a virtual picture of a family unit over time. Federal censuses in the U.S. are taken every ten years and a lot can happen to a family in ten years. Deaths, births, divorce, and moves are just the tip of the iceberg. Follow along with me as I share how accessing state censuses across the Midwest provided critical information to answer what happened to the Lockwood family.

The Lockwood Family in the Federal Censuses

I quickly found who I thought was the “right” family in the 1860 U.S. Federal Census for Chicksaw County, Iowa. But there was a problem right out of the gate. Frank, his siblings, and his mother Sabrina all matched. But the head of household was Benjamin…not Lewis. Ironically, this Benjamin was a clergyman. Was this the right family?

You’ll have to take my word for it, but yes, this was the right family. I continued my search in the 1870, 1880, and 1900 censuses to find the family again, but was never able to locate them. This 1860 census was the one-and-only federal census where the family appeared together. By 1870, the parents and Lewellen were nowhere to be found and Frank and Fanny were living in different homes just as was passed down in family tradition.

I was left with more questions than answers. Was their father’s name actually Benjamin? What happened to the father and mother? What happened to Lewellen? By using only federal census records, I could have never answered these questions, but by using state censuses, I was able to piece their story together.

I knew Frank grew up and lived out his life in Linn County, Iowa. I hoped he would appear in the 1925 state census and record his parents by name. That would answer my question about the father being named Benjamin or Lewis. I did a search for him in the 1925 Iowa State census. He was in Linn County and listed his parents as Lewis Lockwood and Sabrina Robinson. Just for fun, I decided to search for any person who had parents named Lewis Lockwood and Sabrina Robinson.

I found three! Frank, Llewellyn [Lewellen], and Louisa. At first, I thought Louisa might be Fanny found in the 1860 census. This Louisa was living in the home of Lewellen and marked as his sister. But, Louisa was born in about 1862 and could not have been Fanny. Not only had I learned Lewellen had lived, but this Louisa was a missing member of the family I didn’t even know existed!

So, what happened to Fanny? I had last seen her in Linn County, Iowa in 1870. I found she had married and moved to Wisconsin. She appeared with her husband, Richard, and children in the 1900 U.S. census for Juneau County, Wisconsin, but by 1910 her little family was dispersed over several counties and residences and Richard was in Dane County listed as a widow.

Thankfully, Wisconsin also took state censuses. I found Fanny’s husband Richard Dearholt marked as a widow in the 1905 Wisconsin State Census. Though I have been unable to find Fanny’s exact death date as of yet, I have narrowed it down to between 1900 and 1905 and likely in Juneau County, Wisconsin.

I have never been able to learn why Lewis was recorded as 'Benjamin' in the 1860 US Census. Further research indicated his given name was Lewis Rema Lockwood of Greene County, New York. Perhaps it was a clerical error on the part of the census taker...I guess we'll never know.

Having found Lewellen, Fanny, Frank, and Louisa in state censuses of Iowa and Wisconsin helped me to continue to follow them to their deaths. Without state censuses as a part of my research plan, I would have missed critical information. It was a lesson well learned. When available, state census records can fill in the missing decade and provide answers to your genealogy questions.

Learn more about census records from Amie's webinars in the Legacy library!

Amie Bowser Tennant has been passionate about genealogy and family history for the last 17 years. She was awarded the NGS Home Study Scholarship in 2011 and is currently "on the clock" for national certification. She has been very involved in the genealogical community over the years as she served as Recording Secretary for Miami County Historical and Genealogical Society [Miami, Ohio]; newsletter editor for Miami Meanderings; Lead Content Specialist at RootsBid.com; and a content creator for Lisa Louise Cooke's Genealogy Gems. Today, Amie is The Genealogy Reporter teaching and reporting in the field of genealogy. Follow her blog at www.TheGenealogyReporter.com.