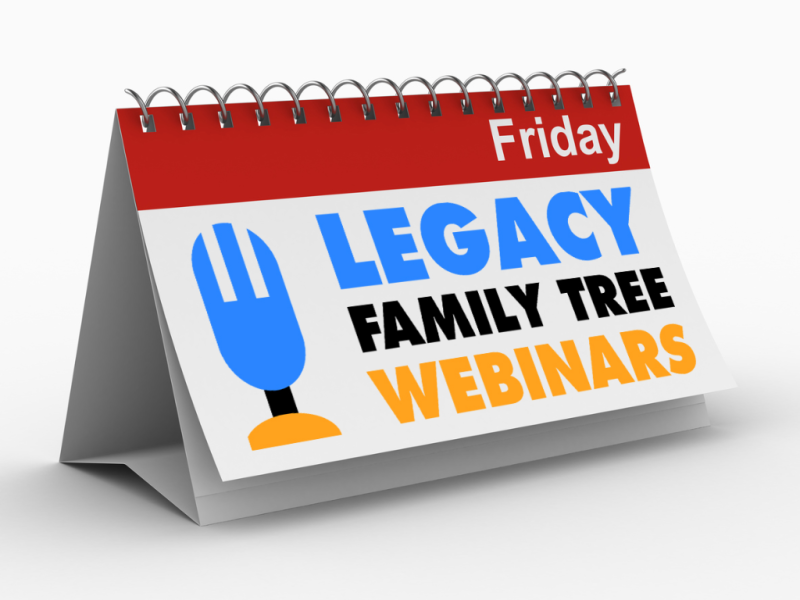 Every Friday we're pleased to offer Legacy Family Tree Webinar subscribers a new bonus webinar just for them!   This Friday enjoy a special release of four webinars in a Civil War series by Michael Strauss, AG. If you're not a member, remember the webinar previews are always free.

This opening session brings into the lecture some of the causes and effect of why the Civil War was fought. As the United States moves from Compromise towards war after the election of Abraham Lincoln in 1860 to the opening guns at Ft. Sumter in South Carolina in 1861. This session also focuses on an introduction to the many genealogical records during the war including the Compiled Military Service Records (CMSR) for both the Union Army and Confederate Army. Also covered will be Union Draft Records and their Confederate Counterpart which will include Confederate draft criteria.

Pension Files and beyond

This second session will be broken into two groups of records that relate to your ancestors who fought in the Civil War. The first section will spend time between reviewing pension files and applications for the both the Union and Confederate veterans as a primary source of documenting their lives during the war. The remainder of this session will focus on additional records including sources ranging from the Federal Census that include Civil War veterans, National Cemetery records, Civil War soldiers homes, Court Martial proceedings on both sides, and though conscientious objector records. 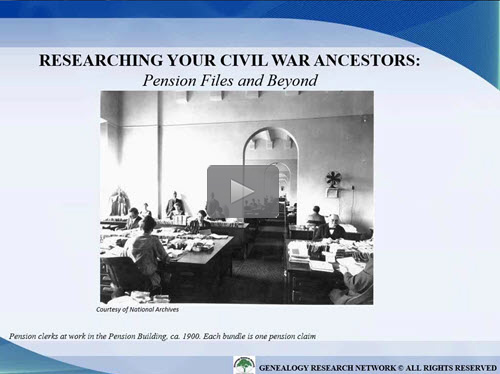 Researching Beyond the Army 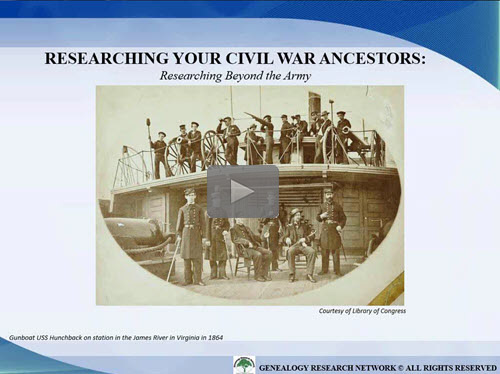 This final session begins with the end of the Civil War and the start of Reconstruction in 1865. Numerous genealogical records are readily searchable in the years following the end of hostilities including; Provosts Marshal records Confederate Amnesty records, United States Sanitary Commission, Southern Claims Commission, and Freedmen’s Bureau and back home with the passage of the 1867 United States Bankruptcy Act. This lecture will conclude with as Federal troops are withdrawn from the south in 1877 and the beginning of the gilded age. 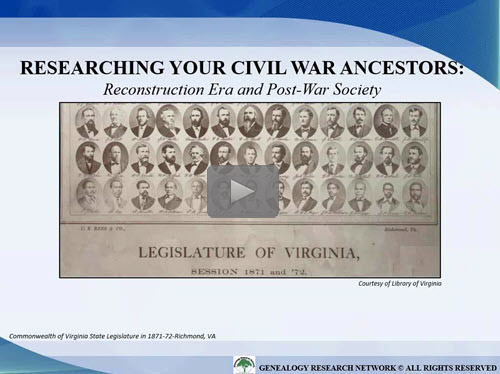